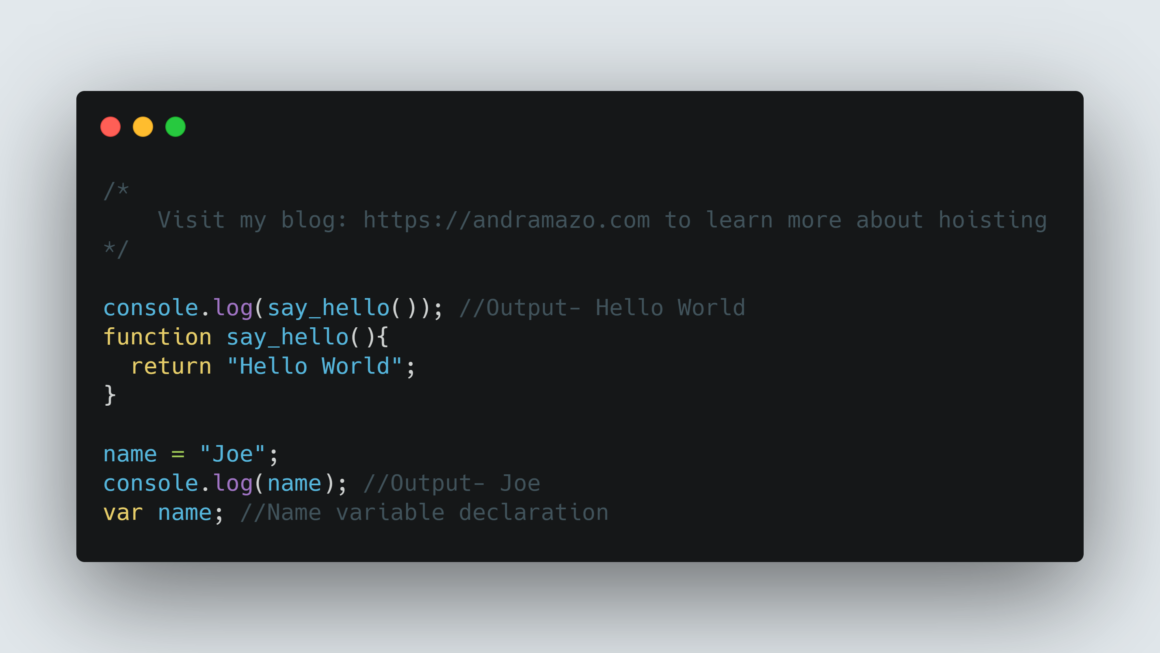 In the above example, you can see that even though function say_hello has been declared after being called inside the code. It will still output “Hello World” rather than throwing the error.

Here, you can see even though variable “name” is declared after it has been provided with value. It will still output “Joe”.

Another important thing to note is that JavaScript only hoists the declarations but not the initialization. In the example below, you can see that the age is undefined because it was declared after.

class, let and const are also hoisted to the top of the block scope. However, they are not initialized. The variable is in a “temporal dead zone” from the start of the scope until it is declared. In the example below, if foo function is invoked before declaration, it will throw a reference error. You can learn more about let and const at JavaScript let and const.