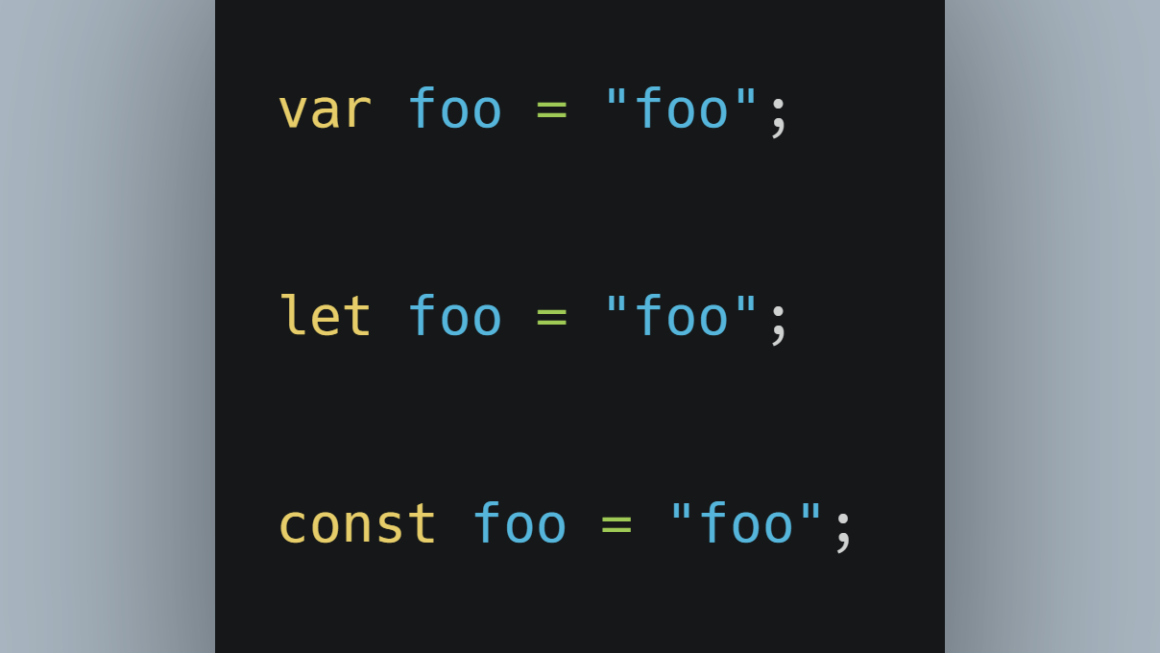 When ES2016 was introduced, it had two new ways of defining variables called let and const. Earlier, in JavaScript you could only define variables using var.

There is an issue with var declaration. If a variable is defined but redefined later on into the code, it will actually overwrite the initial declaration which may not be the intended behavior you want. It is not wrong, but it can come as a surprise!

Let is an improvised version of the var declaration. It is also the preferred way for variable declaration. It fixes the issue which comes with var which we saw in example above. Let is block-scoped. A block is piece of code between {}. As such a variable declared using let can only be used inside that block.

const is an abbreviation for constant. const is also block-scoped but it can not be reassigned.

To note, if the const is an object or array, new items can be added to it because you are still not reassigning the constant.